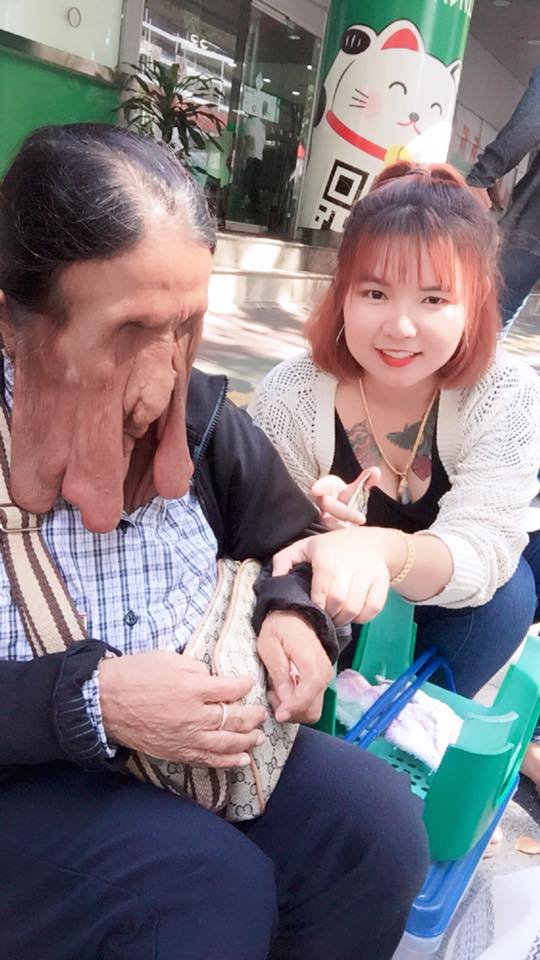 A Thai grandmother with a rare condition that has caused her face to MELT this week refused an operation in case the surgery kills her.

Wiang Boonmee, 63, developed the abnormal growths across her face when she was a child. They spread across her face, causing her to go blind and twisting her nose and mouth out of shape.

After several decades, the unsightly growths now hang from her face giving the appearance that her skin is melting.

She recently moved from her home in rural Surin province to capital Bangkok where she scrapes together a living selling accessories on the pavement in the centre of the city.

The mother-of-one’s condition received attention last week when medics were contacted to request assistance for her.

But despite the severity of condition, believed to be related to neurofibromatosis, Wiang yesterday (Fri) refused help because she is afraid of dying on the operating table.

Wiang, who also has two grandchildren, said: ‘’I have had this problem for a long time. More than I can remember. I have survived and I’m healthy and have a job.   SEE VIDEO DESK FOR FOOTAGE