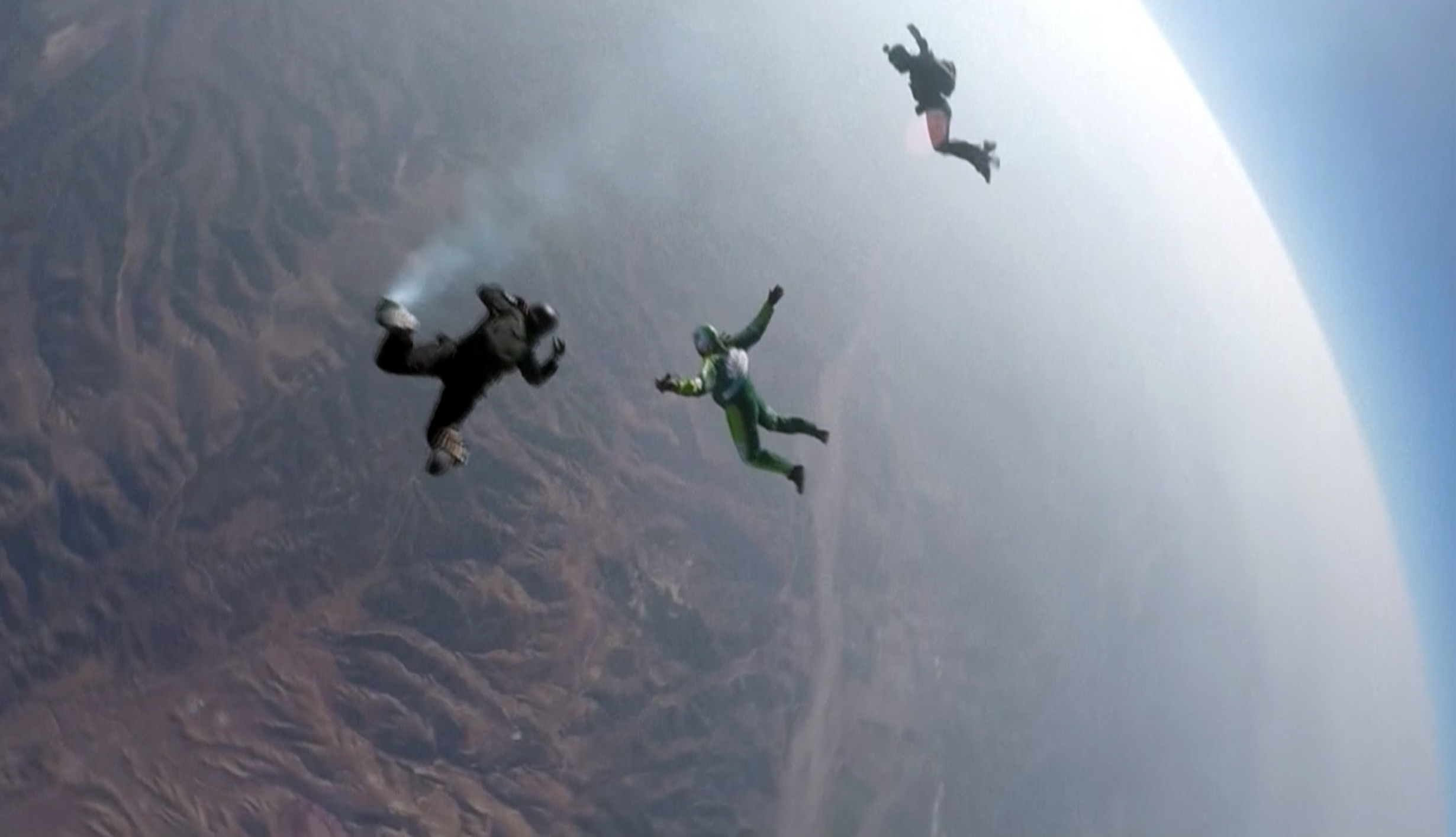 In this image made from a video provided by Mondelez International, Luke Aikins, center, skydives without a parachute over Simi Valley, Calif., Saturday, July 30, 2016. After a two-minute freefall, Aikins landed dead center in the 100-by-100-foot net at the Big Sky movie ranch. Aikins made history Saturday when he became the first person to leap without a parachute and land in a net instead. (Mondelez International via AP)